What we did and when we did it. Sometimes.

What we did and when we did it. Sometimes. People, places and events to remember. 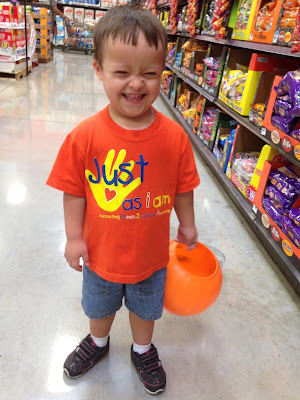 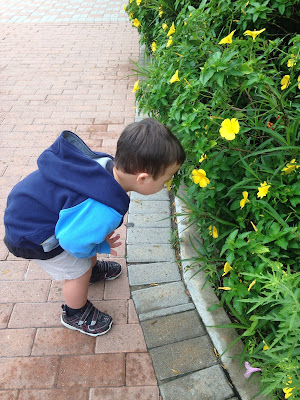 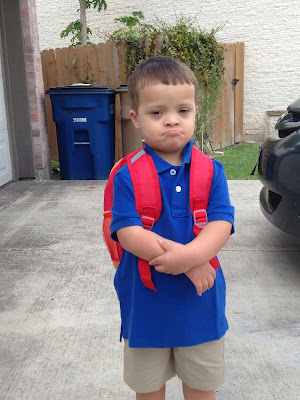 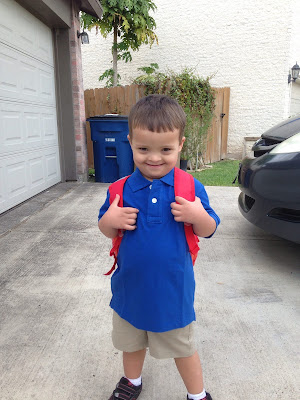 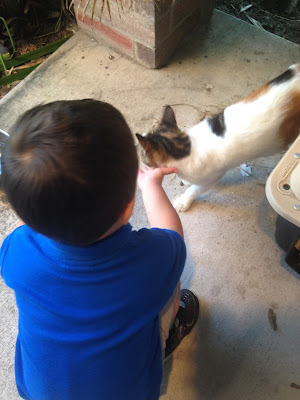 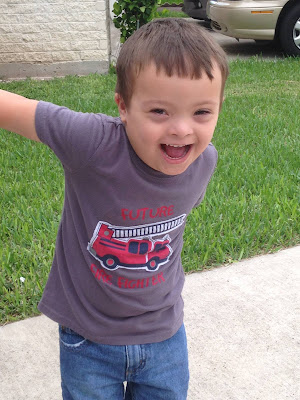 I am going to write about Down syndrome this month ... but it'll probably be more pictures than anything else.

Bragging on Ben (End of April)

Ben is getting big and he's learning so much.  I want to remember the ways that he's grown this year.

I dropped Ben off for preschool this morning and watched him walk in the classroom.  He sat next to his teacher and she told him that this week they are working on the letter "X."  She showed him an X, then gave him a piece of paper with 9 letters on it (3 or 4 were Xs) and told him to find all the Xs and circle them.  He did.  He found the correct letters without help, and circled them (widely - he can't quite manage a small circle yet).

This morning, he signed the alphabet to me - in order - on his own.  Because he wanted to.

On Tuesday at Little Gym, he chose to climb the stairs to the balance beam, and then he walked all the way along it (with me holding his hands).  This is big because when we started these movement classes, he would avoid the beam at all costs.  Balancing takes a lot of core strength, and it's hard for him.

He can also hold himself up and swing on the bar.

He's no longer afraid to do a forward roll (although he still needs support to do one).

He can make toast.  (With supervision!)  Ben really wants to do all the cooking.  He loves to crack eggs and stir them for scrambled eggs, and he wishes that I would let him use the spatula (by himself)
to move them around in the frying pan.

He loves mirrors.  Anytime he sees his reflection, he has to stop for a smile and chat.

He loves to stop and smell flowers.

Ben is doing all sorts of stuff, but this is what I want to remember from the last couple of days.

Here's a photo of Ben admiring his reflection at Easter.  I think he's about to open a miniature Snickers.  Note the chocolate already on his shirt.  :) 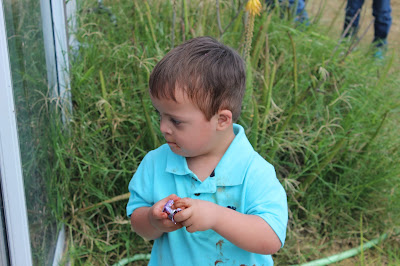 And just for kicks, here are all 3 kids at Easter.  This is pre-chocolate. 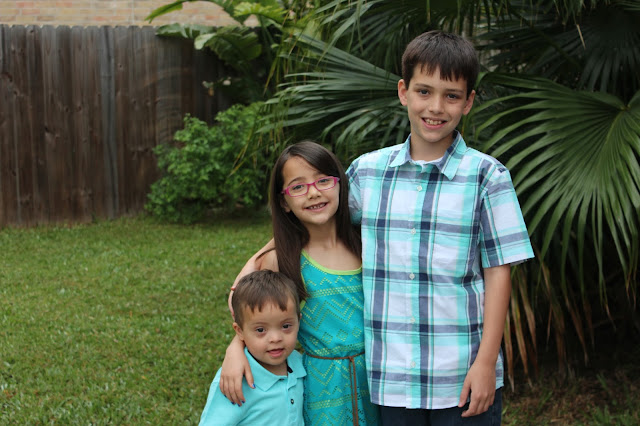 Posted by Deborah at 3:20 PM No comments: 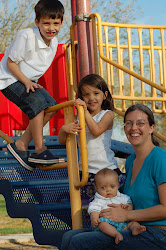 Deborah
Rio Grande Valley, Texas
I'm a talker, not a writer. I grew up in Mississippi, but lived in Chicago after college. LOVED it. Now we're in south Texas, getting used to the heat and making a life here. I'm passionate about social justice - particularly issues that relate to families in poverty. I've been married to my favorite guy for 13 years. We have 3 great kids; our youngest has Down syndrome. I love Jesus. I value community. I like to read and love to learn. You can contact me at whatateamblog@gmail.com.

I kept track of our family life on xanga.